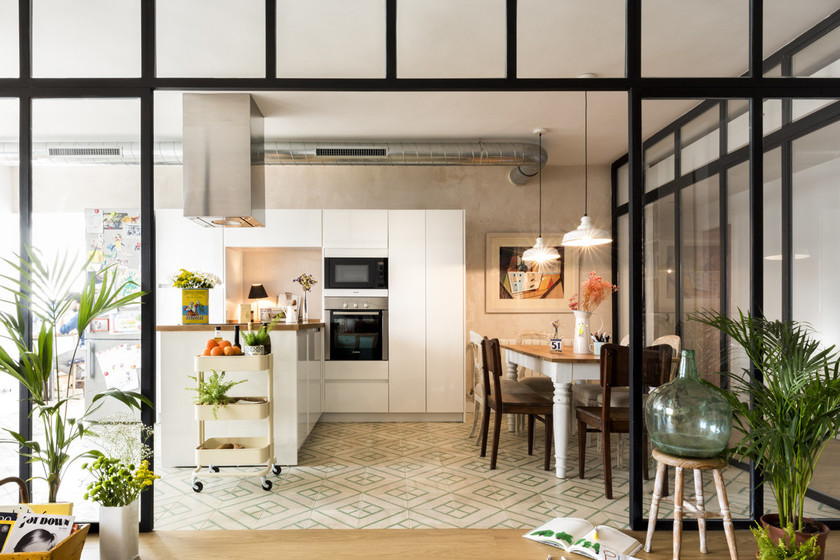 Glass and aluminum doors in the kitchen; the alternative to American or open-plan kitchens

One of the most demanded reforms in recent years are American kitchens or open to the living room, an option that, however, does not it is to everyone’s liking or sometimes -for a matter of distribution or facilities- it is not possible to carry out.

Halfway between a conventional kitchen and an American kitchen there is the option of separate the kitchen from the living room or hallway through an aluminum enclosure with glass. An alternative that presents many of the advantages of open kitchens, while also being a solution to some of your problems.

The advantages of opting for this type of enclosure are many.

On the one hand, the glass allows you to show off your jewel kitchen and relatively integrates the life of the kitchen with the rest of the house. However, just by closing the door you can avoid some of the most notable problems in American kitchens. Above all, it cushions the noise of the appliances and the good and bad odors originating from the kitchen.

Another great advantage less obvious but just as important, is that placing a glass wall leaves spend natural light in the kitchen. Something very necessary when it comes to a kitchen condemned to an interior patio, or to a clothesline or a hallway.

And if previously the aluminum structures with black profiles (as in the shower screens), were the winners now Aluminum profiles can be white or the color of kitchen furniture. 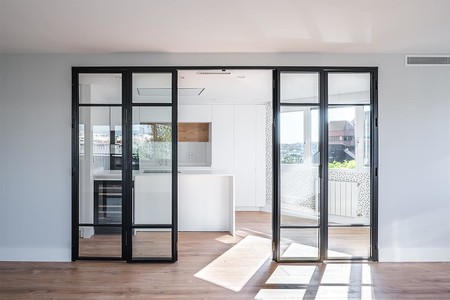 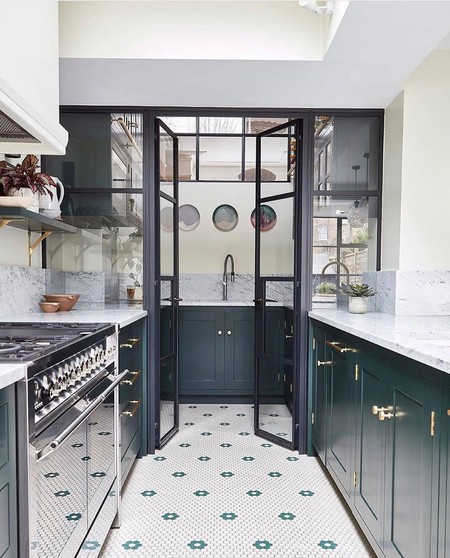 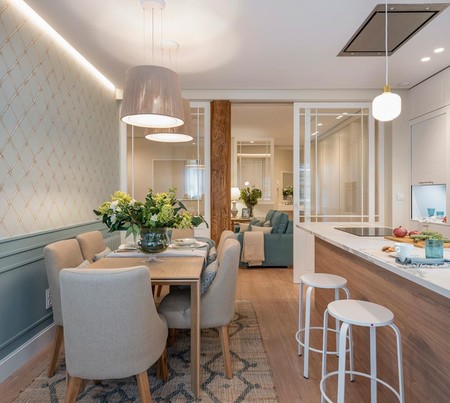 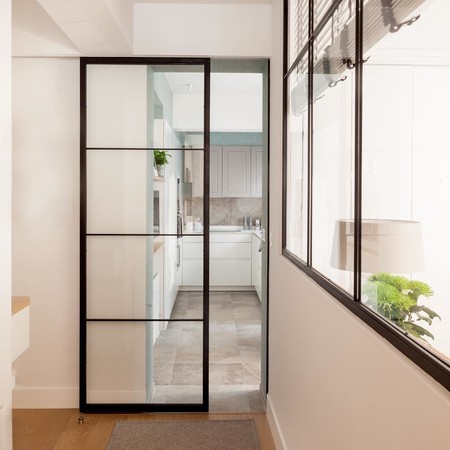 They can also be half height, so as not to lose the lower support wall. 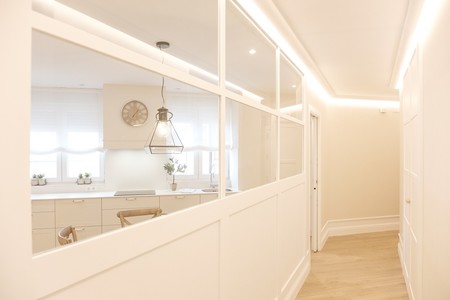 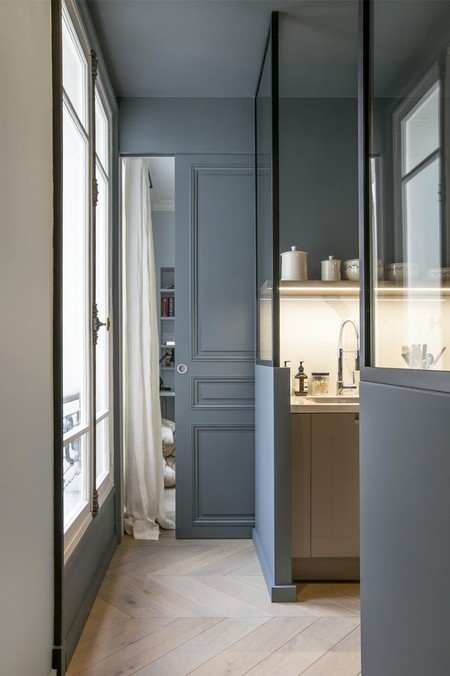 Glass and aluminum doors in the kitchen; the alternative to American or open-plan kitchens

ideas and tricks to put order once and for all