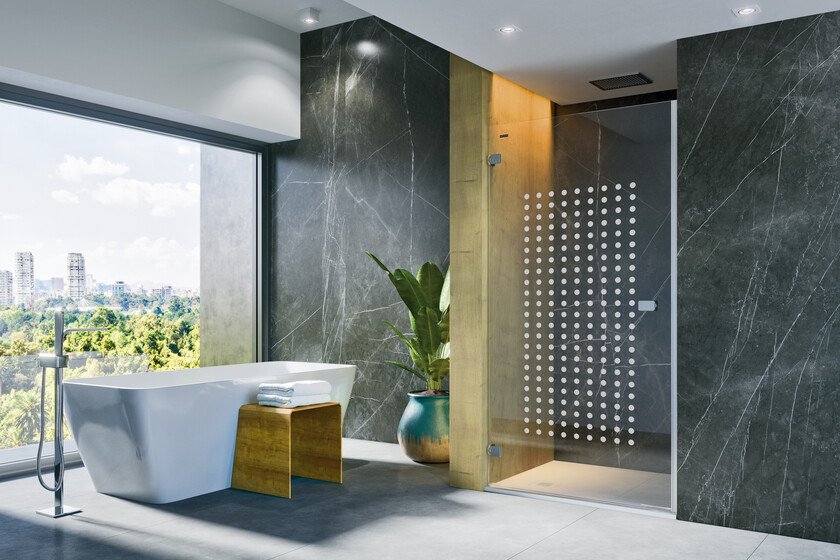 Your personality through the bathroom; tell me what your bathroom is like … and I’ll tell you how you are

What do you think your house says about you? Have you ever been surprised by someone you know’s house as unexpected? And it is that good taste, following trends and also the personality of a person influence how he decorates a house for that reason, even if we do not know where a person lives, if we know them well, we usually give him an idea about what to expect and the normal thing is not to make a lot of mistakes.

For example, the one who is sober in dressing will also tend to use neutral colors at home.

Looking for which ones with our preferences in the bathrooms according to our personality, in Duscholux, the pioneer firm in the manufacture of screens in Spain, have been based on a study from Northwersten University according to which, we can classify into four large personality groups and they have wondered which bathroom would correspond to each of the groups.

Although the classification seems very global, (where is it that each of us has a unique personality?), According to the study, no matter how unique we think we are, people fit into four large personality groups.

The good news is that the nuances are so many and so rich, that there is room for each of us to develop our respective peculiarities, and talents, such as the one that refers, for example, to decoration.

To these people, apparently the majority according to Duscholux corresponds to them a sober bathroom, but with a personal touch.

Can be a black and white bathroom, or a bathroom without tiles, that will serve as the basis for more personal accessories such as paintings, plants …

The “average” personalities according to the study strive to be responsible, try to be kind to others (although not always succeeding) and are rather outgoing. They keep an eye out for expectations; as the saying goes, “a bird in hand is better than a hundred flying”. But be careful, they also have mood swings that sometimes make them unpredictable. This is what researchers identify with ‘normality’ (or ‘average’ personality, if you prefer). If these traits are familiar to you, it is highly likely that you have chosen a functional and practical bathroom, perhaps of origin, but with small additions to give it ‘your touch’.

They won’t want your bathroom (or any part of your home) talking about them.

According to the study, these individuals are rather shy and insecure, preferring to maintain a certain distance from others and in confinement they have been in their sauce. Public relations are not your thing, although they can be polite and of course responsible. How is the bathroom of a ‘reserved’ profile? To begin with, no elements that could compromise them in the face of an unexpected visit. Properly distributed spaces, few decorative or ornamental elements and, if any, they are low risk.

The fireproof subway tile can do well to always get it right. If they want to be risky lor they can spike, vertically…

In your bathroom, the presence of cabinets with door, closed that do not reveal the texture of the towels, the brand of the bathrobe …

Your screen It will not be completely transparent, despite the best matte trends (as in the cover image) or acid-etched to only show the silhouette of the person taking a shower.

These will have a bathroom designed by a study or specialized store in which they will surely mirrors will not be missing.

The “egocentric” do not try to be nice to others … nor do they need to, because they feel safe and do not accept advice willingly. They like to talk about themselves, their (many) qualities and, of course, that others recognize it. They are often outgoing, although they are not always sincere or rigorous.

What would the bathroom of an ‘egocentric profile’ look like? Surely in your bathrooms it will be easy to find non-slip shower trays, award-winning faucet brands and, of course, large mirrors. For their partitions, they have
set in sophisticated details that are sure to show off to family and friends, such as the ‘soft-close’ closure to deaden the closing of doors or the ‘push & clean’ function to unhook the glass gently.

For them they will also be the most luxurious finishes such as marble and they can dare with the new fashionable finish; onyx for the bathroom. 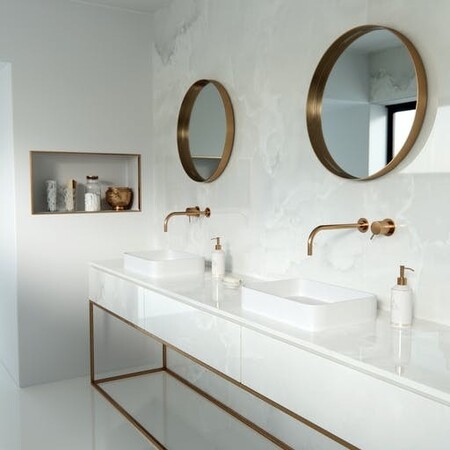 Outgoing, responsible, kind, open and scrupulous about everything
what they propose. Researchers at Northwestern University
note that this group is dominated by women, especially from
of a certain age / maturity. They are usually leaders and emotionally stable. With such a letter of introduction, how is the bathroom of these ‘rare birds’? 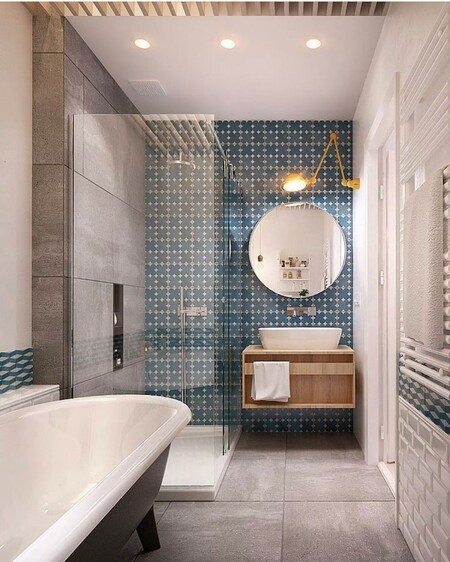 Your bathrooms will be Harmonious spaces, well distributed, without complexes or fanfare.

In its bathrooms the different elements are combined in chromaticism and style, but they are not afraid to take risks, So they combine modern innovators with classic pieces, whether in spikes, taps, towel racks, etc.

Their uncomplexed outlook on life leads them to experiment with risky floors and walls. For them it is perfect the floors with powerful geometric designs Y colored tiles regardless of your style. They give importance to Security elements and when it comes to choosing grades, they opt for more expensive materials, but also more durable.

That nothing is lacking in the bathrooms; where and how to place the towel racks and paper holders

do not miss these Amazon offers of small appliances, knives, pans ... perfect to equip your kitchen at a great price