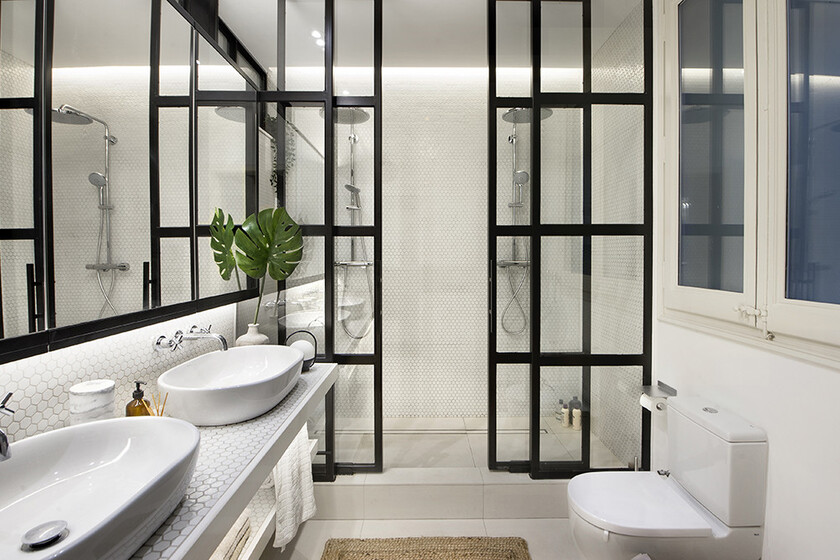 The showers without work flush, -at the same level as the rest of the floor-, they are the most demanded shower model today in bathroom renovations.

Replace the bathtub with a large shower It was, -at least before the confinement-, the main reason to reform the bathroom and to choose the most desired ones were (and continue to be), large showers without any physical barrier between the shower and the floor.

The elimination of different heights makes it possible that in some bathrooms the floor of the shower and the rest of the bathroom is the same. Replacing the shower tray with the same material as the floor is a great stylistic resource because it is a way to make a bathroom look bigger. 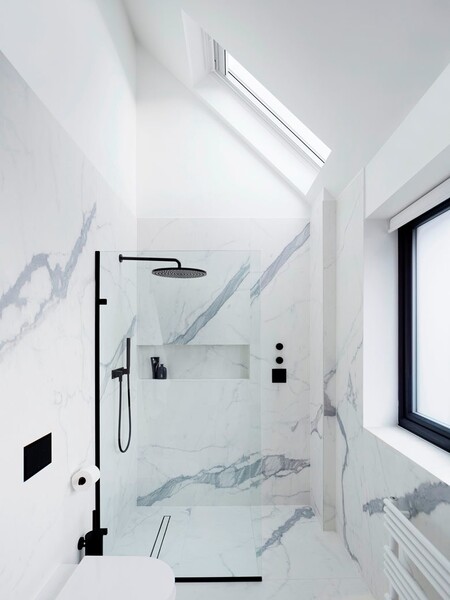 Example of a small bathroom with a continuous floor. A way to visually enlarge the bathroom.

However, for some time now, something seems to have changed and we see more and more newly renovated (and designer) bathrooms in which a small separating step is included between the floor and the shower. Something a priori, very “eighties”, but which is once again an interesting option because, we refer to the images, it does not affect its design but can even be part of it.

There is no doubt that this option has a very practical side for the obvious. It is logical to think that a small step will retain water better than a flush plate because the latter does not get along with any small clogs in the drain or with long showers (I know from experience).

When designing the rung there are two options, that the step is a small partition wall and that both the floor and the shower are on a lower level or that the whole shower rises with the step. This will allow a greater inclination of the pipe so that the water evacuates easily and quickly.

And here I give you examples of the cases, and all of them correspond to recently renovated bathrooms very little “eighties”. 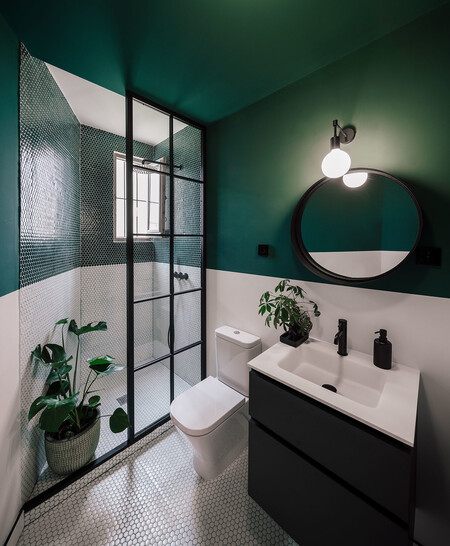 Image and project of Idoia Otegui

He Step tiling is part of the bathroom design. It can be tiled like the walls or like the shower and raise its height taking advantage of the tile. 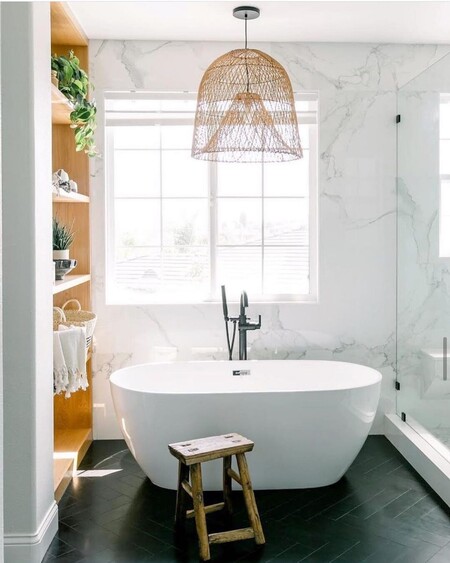 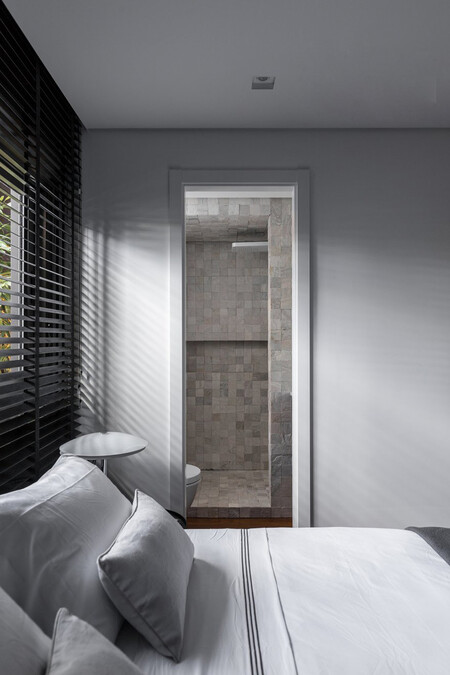 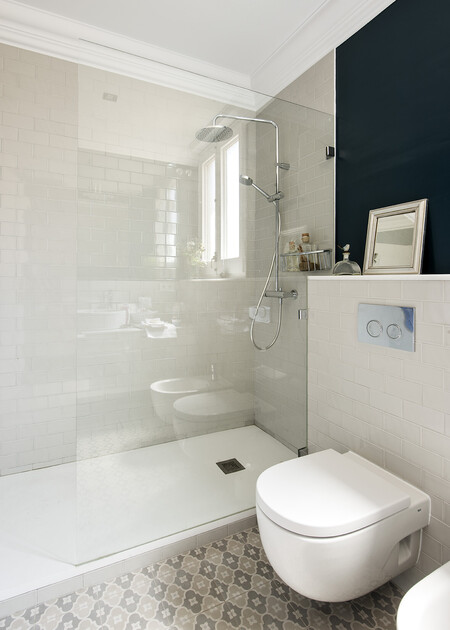 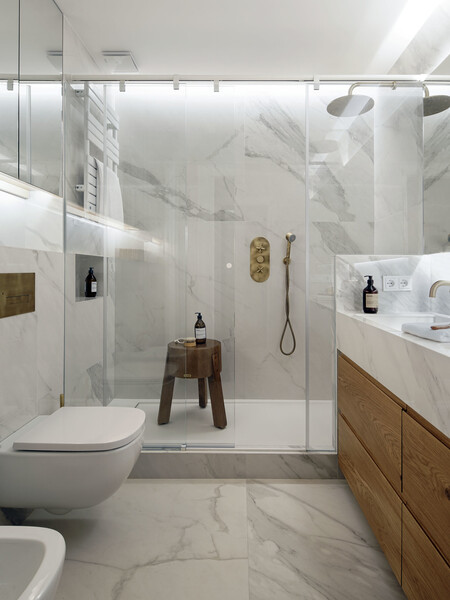 Image and project The Room Studio

And you, Are you more of a continuous floor or a separating step?

Eleven inspiring floors for the bathroom

Strohm Teka opens a showroom in the heights. And it has the best views of Madrid