Before and after; in the reform (without works) of this bathroom, black has been chosen even in the toilet

The latest reform (of those without rubble that we are fans of) by Ana Lorenzana from @decoryver includes one of the latest trends of the moment; the colored toilets. A trend that is not limited to sinks as shown by this reform.

In this case, in addition to the sink and the bathtub, it was also replaced the toilet by a model in black color. This choice seems a logical consequence if we take into account that this color has been chosen for the rest of the accessories and bathroom accessories. So why not the toilet? The result is a daring, elegant bathroom with a masculine air. 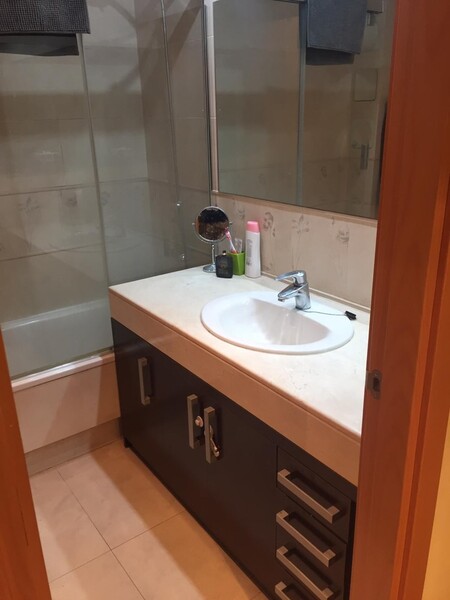 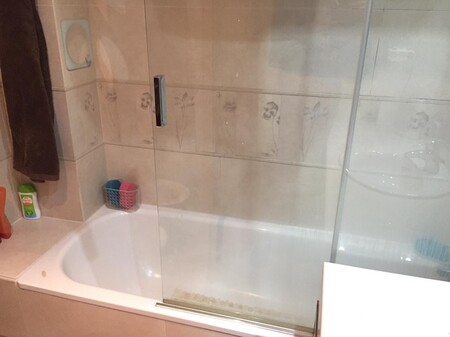 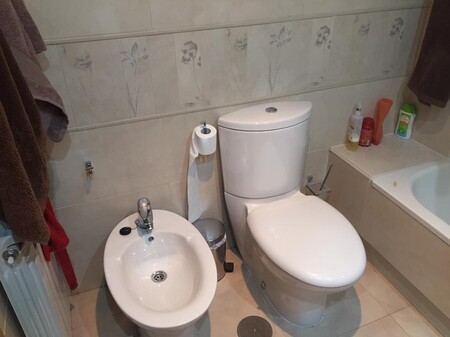 Despite being that we are used to express reforms by Ana Lorenzana, an expert in making reforms without works (or with the essential works) in this case nothing has survived from Before Bath. All its elements have been replaced or painted to give it a new look including the door handles, the radiator and the water stopcocks. Because if. This reform is full of details.

Before the renovation, a large sink embedded in a large countertop on a wenge cabinet told us that the bathroom was many years old. The tiling of the floor and the walls in beige with a large border of gray flowers as well. In the background, a large bathtub with a screen with a large aluminum profile. 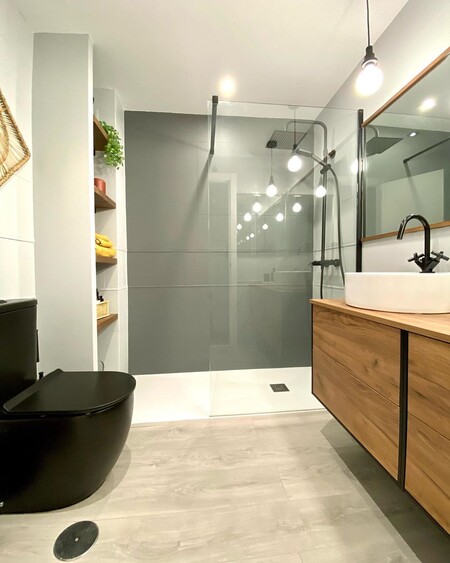 In the new bathroom there is no trace of the beige bath or the wenge. The new colors for this bathroom are white, gray and black mixed with the warm wood of the sink and shower shelves.

On the floor, a vinyl that imitates a light laminate floor reinforces the warm feeling of the bathroom.

The generous size of the bathroom (four-piece and large bathtub) has been used to make a large shower (replacing the bathtub). The mocheta or column at the bottom of the shower has been used to place an area of ​​wooden shelves at the same depth.

In place of the old-fashioned custom-made basin cabinet, a beautiful two-drawer cabinet in a wood finish has been placed. Above it, a round countertop washbasin topped by a black tap. The shower taps and the profile of the new screen are also black. But above all, the black toilet stands out, which, elegant and contemporary, makes this bathroom the forefront of trends.

Finally, and showing that in this reform all the details have been taken care of, also the radiator behind the door, the door handle and even the water stopcocks on the door have been painted black, so as not to clash with the shiny new toilet,

And you do you think? Black toilet, for or against? 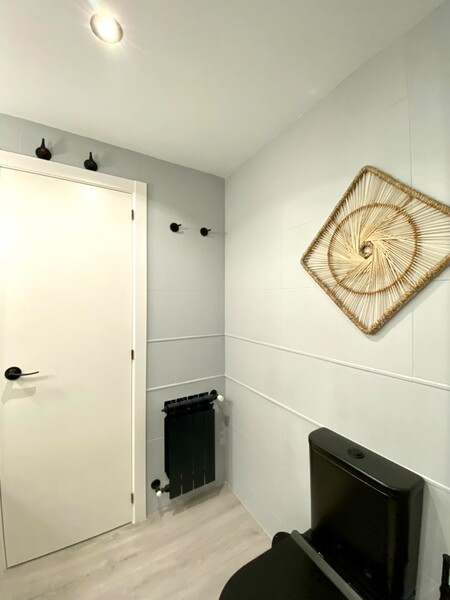 Details of the radiator, the handle and the black stopcocks. Image @decoryver 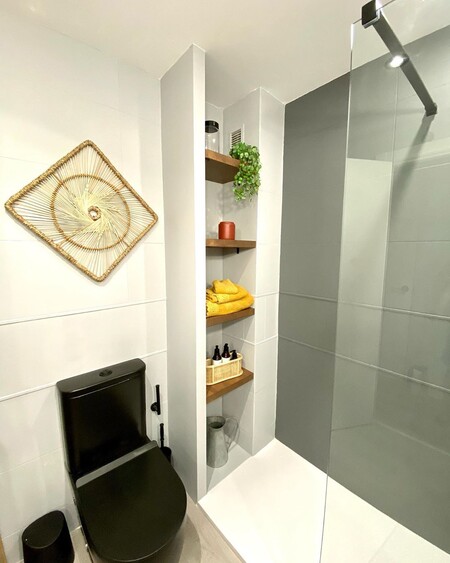 On the toilet, a decorative detail of natural fibers provides a new texture to the bathroom. 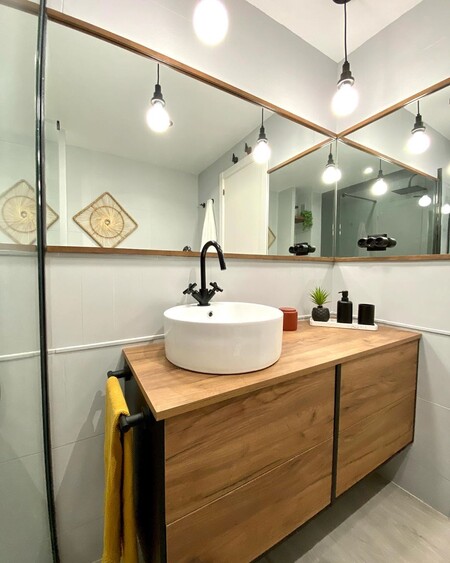 To mirror a wooden frame has been fitted to match the new washbasin.

It has inspired us:

The black toilet is one of the jewels of this reform. Similar on Amazon for from € 429 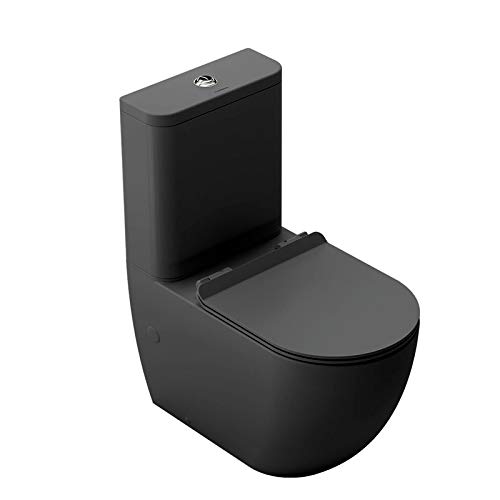 A round countertop round washbasin, similar to the one in this reform by € 99.50 at Amazon. 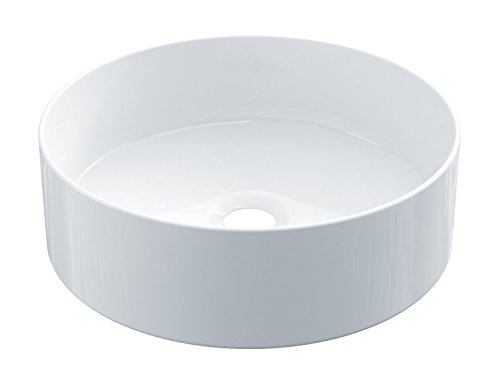 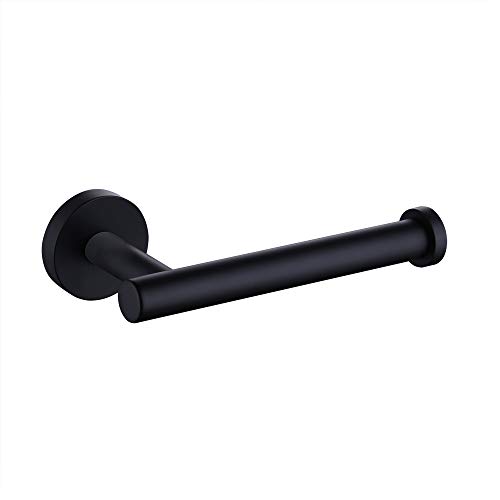 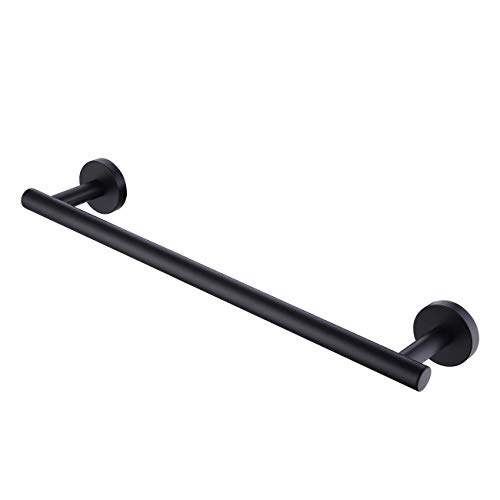 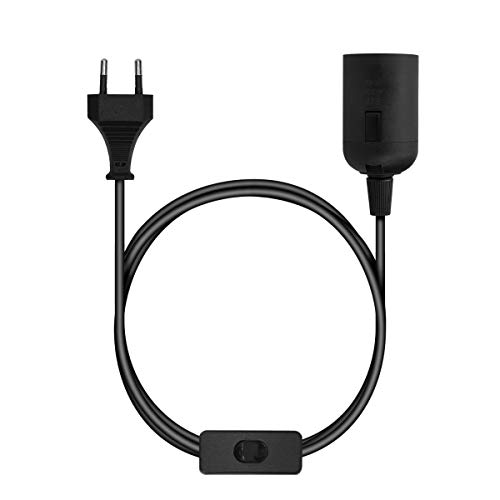 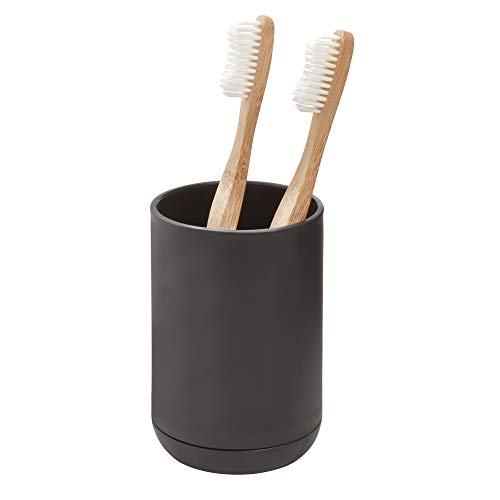 Similar in Decoesfera | Bathroom improvements; eleven shower and wall-mounted shower taps with which to have a refreshing shower and start the day (or night) right