To design the new San Pellegrino factory house they were called well four star architects: BIG, MVRDV, Snohetta and Michele De Lucchi. Each study presented its own project which will be carefully evaluated by a jury of experts, coordinated by Professor Luca Molinari. Efficiency, respect for the environment, sustainability, innovation and improvement of the territory as well as of the internal structure, especially in favor of the employees, are the elements that the judges will evaluate for the choice of the project of the new San Pellegrino House.

The idea is to renovate the existing structure harmonizing it with the surrounding nature and paying particular attention to the values ​​of the San Pellegrino brand. The four architectural firms, which took part in the unique contest, have developed gods projects trying to combine nature and architecture, as if they were one thing.

The idea of ​​the studio is to develop a series of areas that can offer unique experiences to visitors and suitable spaces for the employees of the factory. The vision of the San Pellegrino House of BIG it is conceived as an extension between function, rational and natural. The arch is the architectural element that distinguishes the project.

“Our proposal embraces and enhances the existing architecture by forming an elegant frame that will allow visitors to experience the power and purity of the surrounding alpine nature”. 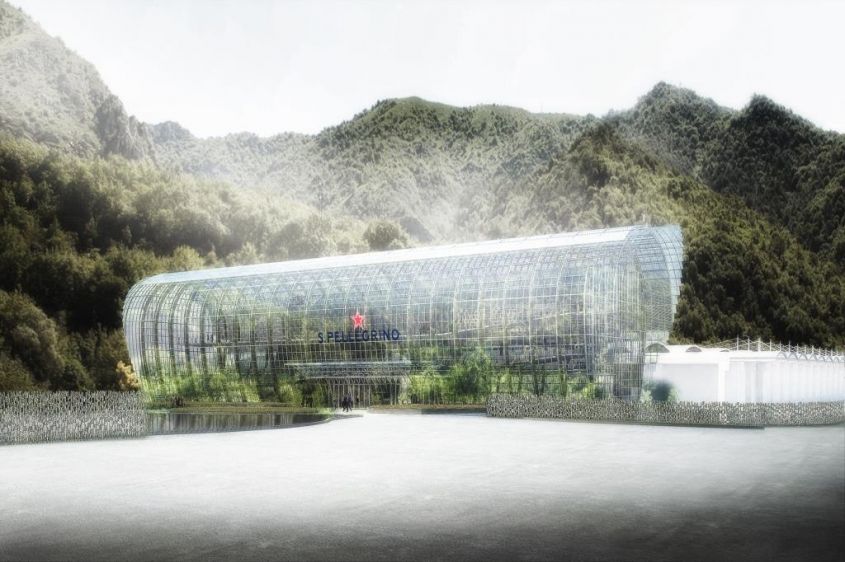 I study Michele De Lucchi has created a flagship factory based on four key elements: to be natural, to be pure, to be conscientious and to be cool. The project, therefore, boasts a structure that has a large tree at its center and is surrounded by a bridge, which overlooks the Brembo river. The facades of the building will be in translucent white glass, so as to highlight the surrounding area more, making it an integral part of the project, and, inside, there will be a canteen, a library and a gym, designed to favor the workers. In addition, the new Casa San Pellegrino will also have a greenhouse, a water café, laboratories and an auditorium.

“Being natural, being pure, being conscientious, being cool and living in the Italian way: these are the four key themes with which we have reinterpreted the San Pellegrino Factory”.

I study MVDRV has created a real experiential laboratory, which will be raised on the surrounding natural landscape. The building will be completely transparent, the windows but also the floors and ceilings, to obtain a structure that enhances the concept of purity of San Pellegrino water. The project is characterized by a large internal space, a bar area and welcoming offices, and an external path, where it is possible to stroll while enjoying the beauty of the area.

“A star was born! Our idea is to lift the current factory out of the existing landscape by giving new life to the industrial site in the heart of San Pellegrino Terme. Our San Pellegrino Experience Lab strengthens the bond with the brand through the star ”. 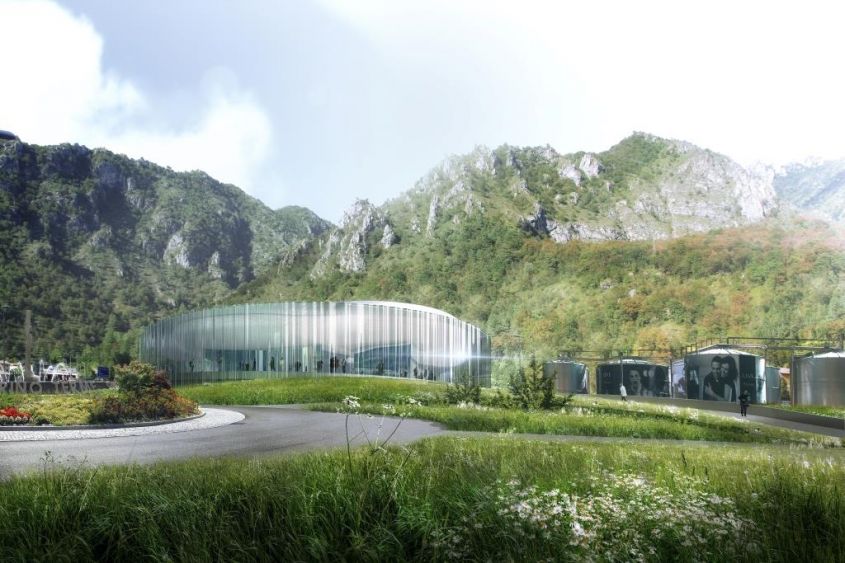 The Norwegian study Snout he designed an elegant building but above all perfectly integrated with the surrounding space. The area will include a large park, a new pedestrian bridge, which crosses the Brembo river, an experiential laboratory and will have a steel mesh that will adapt to the curves of the building.

“The San Pellegrino Flagship Factory will be integrated into the Terme San Pellegrino area. The connection between an experiential laboratory and the community combined with the softening of the impact of the existing factory, surrounded by the view of the hills located behind the building, will make the Factory integrated into the context both physically and visually “.

The winner of the project will be announced in late September.

Equipped walls for the living room, the 2018 models to furnish the house