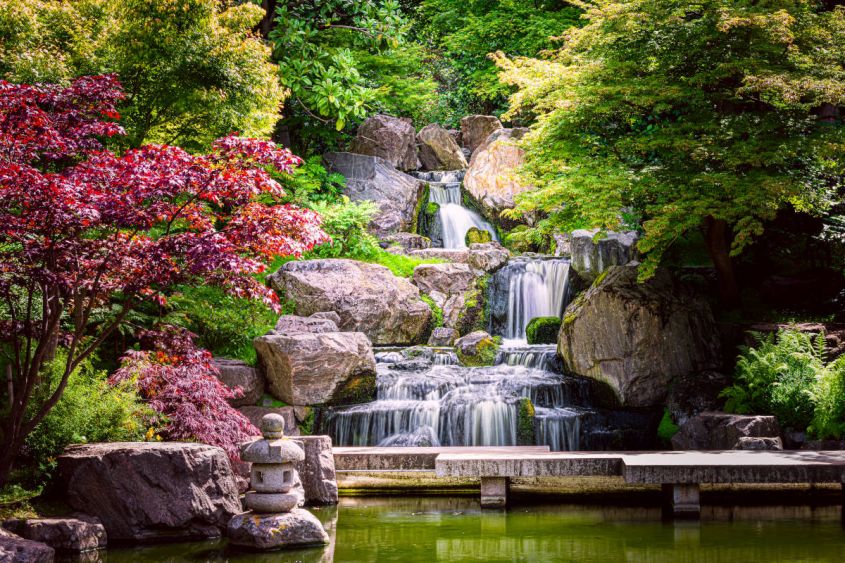 Japanese Zen garden: how to create a peaceful corner at home

A japanese zen garden is what it takes to escape the chaos of everyday life and find some inner peace. You want to know how to create a Zen-style garden at your home? Then let’s review some of the DIY ideas most useful for creating a Zen garden at home or on the terrace, an outdoor environment that follows oriental philosophies and helps to recreate an area of ​​tranquility where you can regenerate. In fact the Japanese garden it is a place capable of stimulating introspection thanks also to the studied positioning of the elements that compose it, and to the essentiality of their character. There are many details to be reckoned with when decorating a Japanese-style garden, you just need to know how to move.

What is a Zen garden 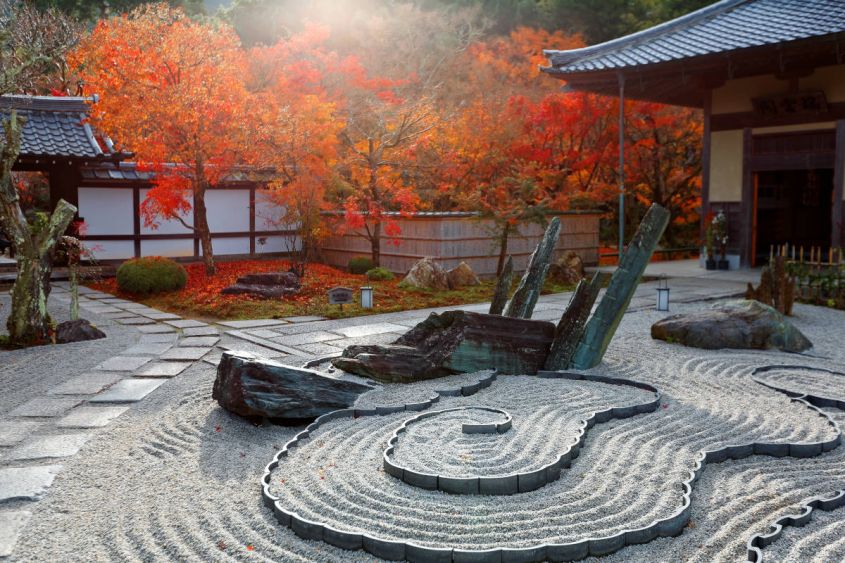 The zen garden is a Japanese garden used to give relief to the body and mind, where everything is designed to get in touch with one’s self in search of inner peace. An area that includes greenery but also a dry part composed of areas of sand and stones. 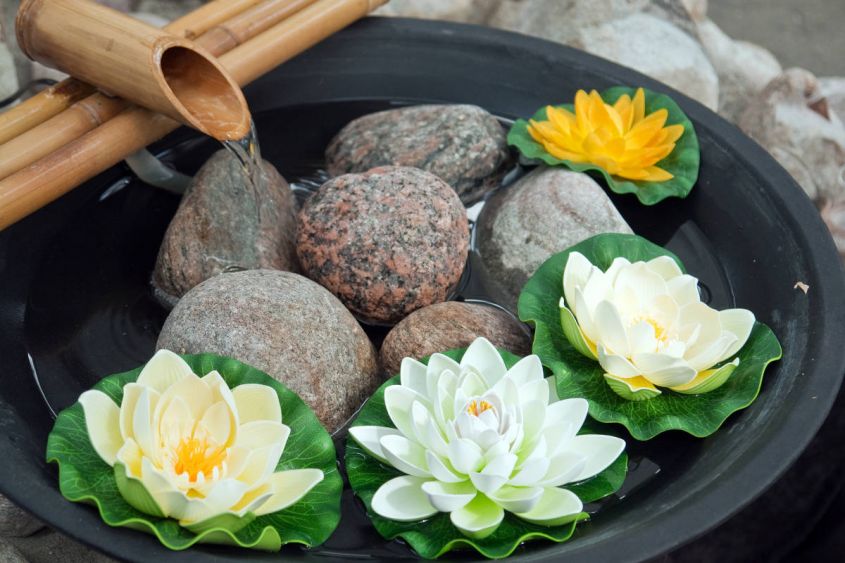 It is also essential to contemplate a water element like a pond, fountain, or moving stream with or without waterfalls. Here each element is studied and inserted according to a very specific scheme, where silence and essentiality reign supreme because they are necessary for meditation. The Zen garden also has the characteristic of being able to change according to one’s mood and get in touch with it to observe its variations.

Plants to use in the Zen garden 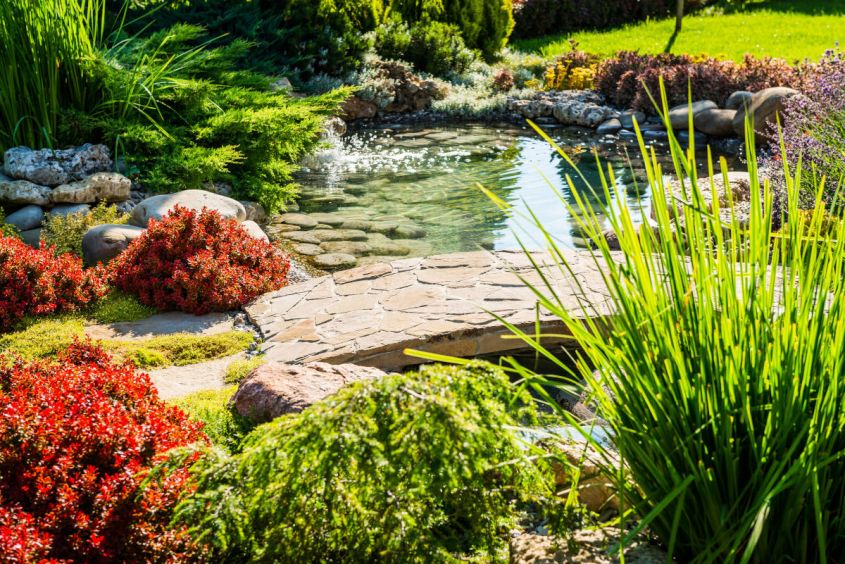 You are wondering what the plants for zen gardens to place in your outdoor space? Ferns, azaleas, juniper but also cherry. And of course the Japanese plant essences such as dwarf maple, red maple or bamboo.

Zen garden on the terrace 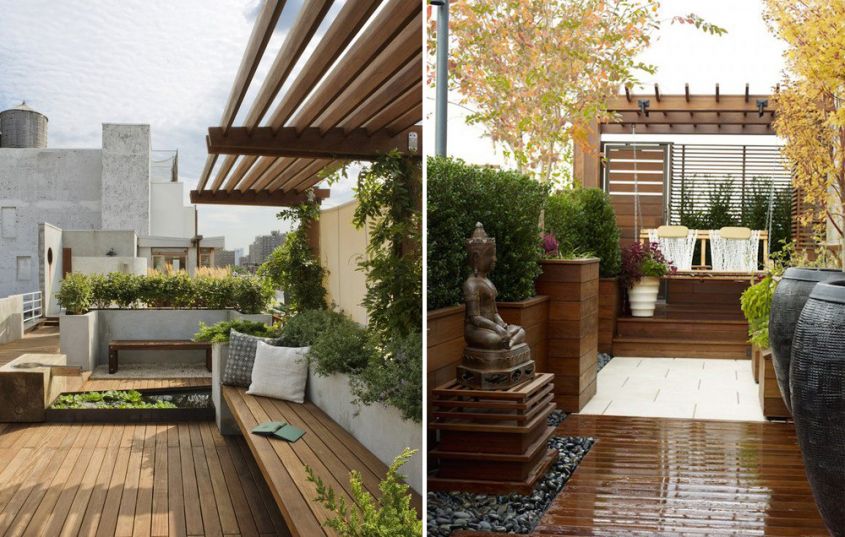 But it is not essential to have a garden to be able to create a space where you can feel good about yourself. Who has a terrace or balcony large enough to allow people to stay can create a Japanese-style corner. 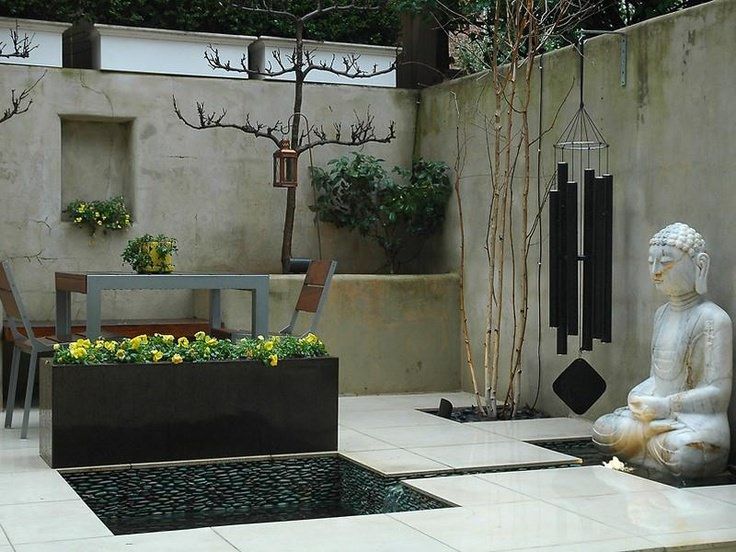 Ecological furnishings with an essential design can be used, arranged according to a scheme that provides for the insertion of Japanese plant essences enclosed in planters and essential containers placed on wooden tables and interspersed with stones and gravel.

Read also Japanese style Zen terrace: the most beautiful ideas for decorating it 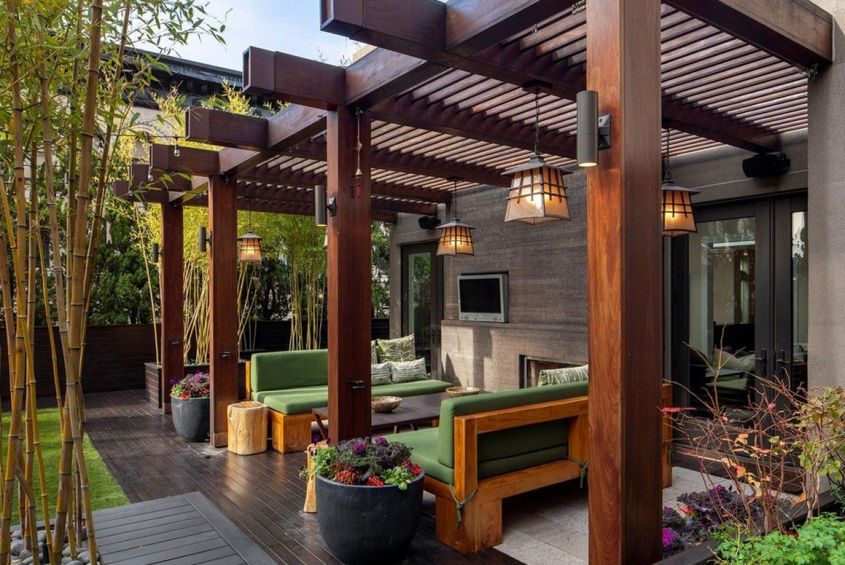 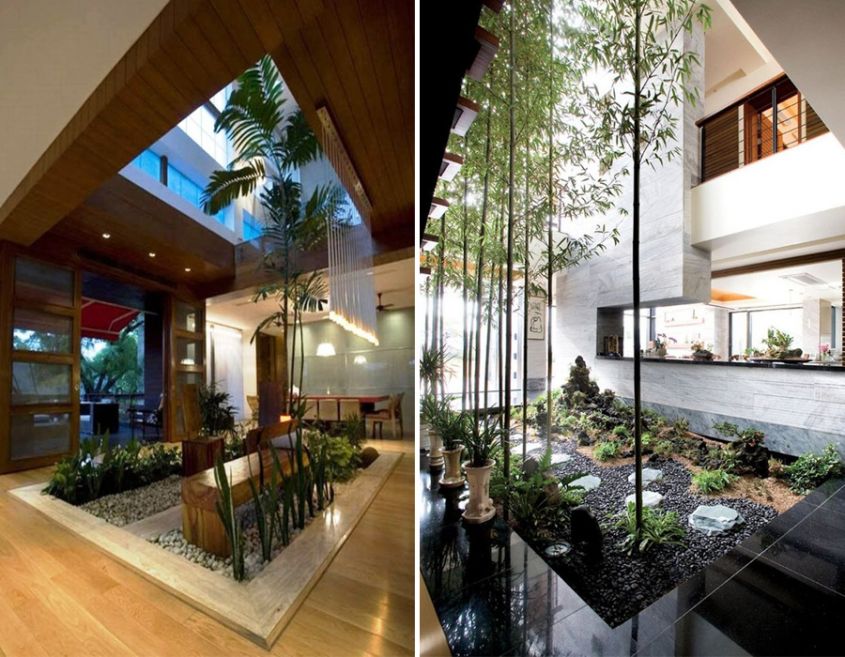 The Zen garden can also be created at home whether you have a lot or little space. Obviously the size of the Japanese garden at home will vary according to your availability. 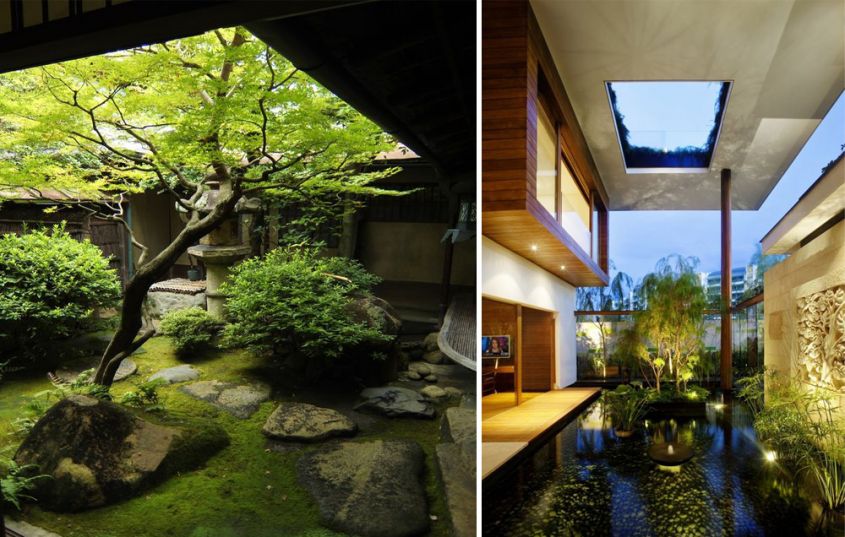 For those lucky enough to live in a single earth-sky house, large essences as well as the element of water can also be included. 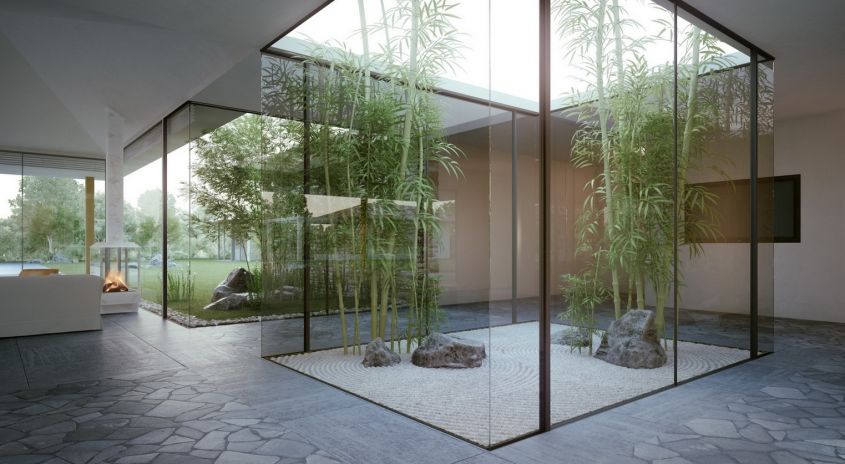 In any case, an excellent solution for a Japanese garden at home is to use a specific space within a very bright room, for example by isolating the area in a glass case. 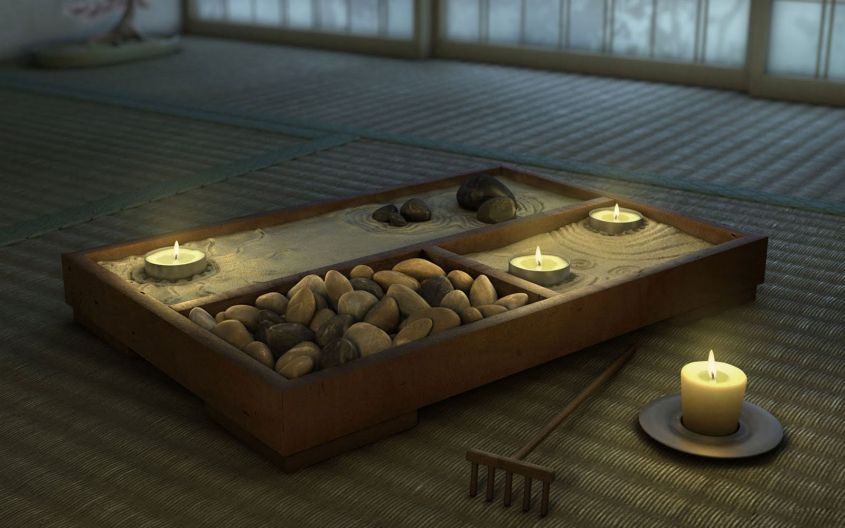 For those who do not have a garden or a terrace available, they can dedicate themselves to the creation of miniature zen gardens, called bonseki, organized in a wooden box. Zen table gardens however, they can help you relax and can be purchased already set up or made with DIY. 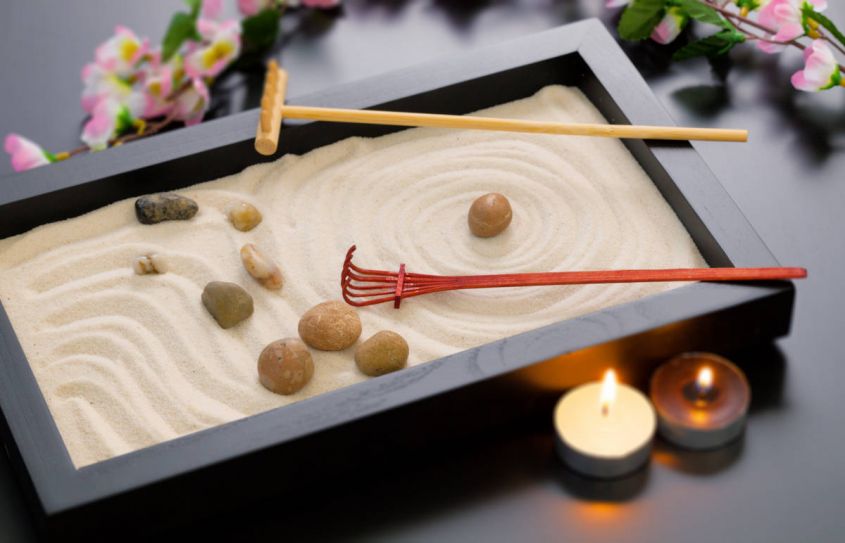 They are real Japanese gardens contained in a box of variable dimensions in which the typical elements of a large garden are arranged: sand, stones, woods, candles but also statues, the element of water and a small rake with which to draw waves harmonious on the sand. 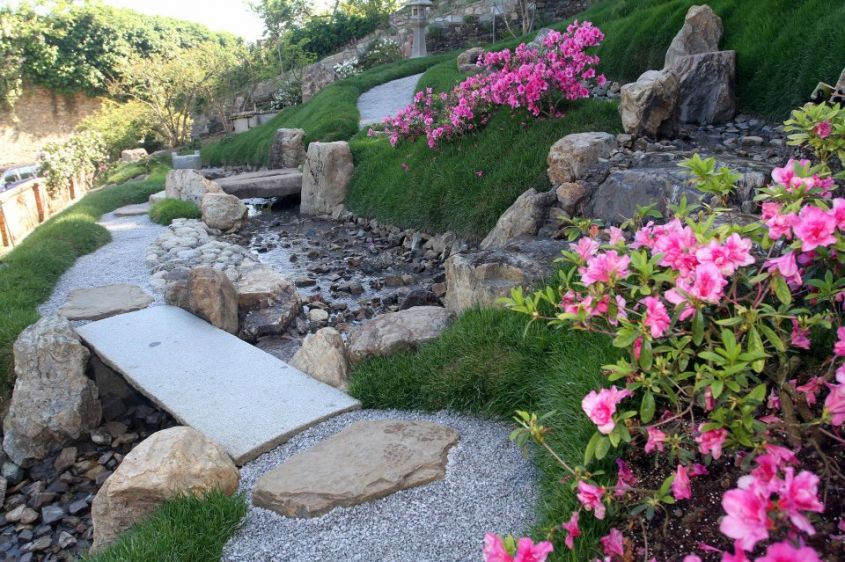